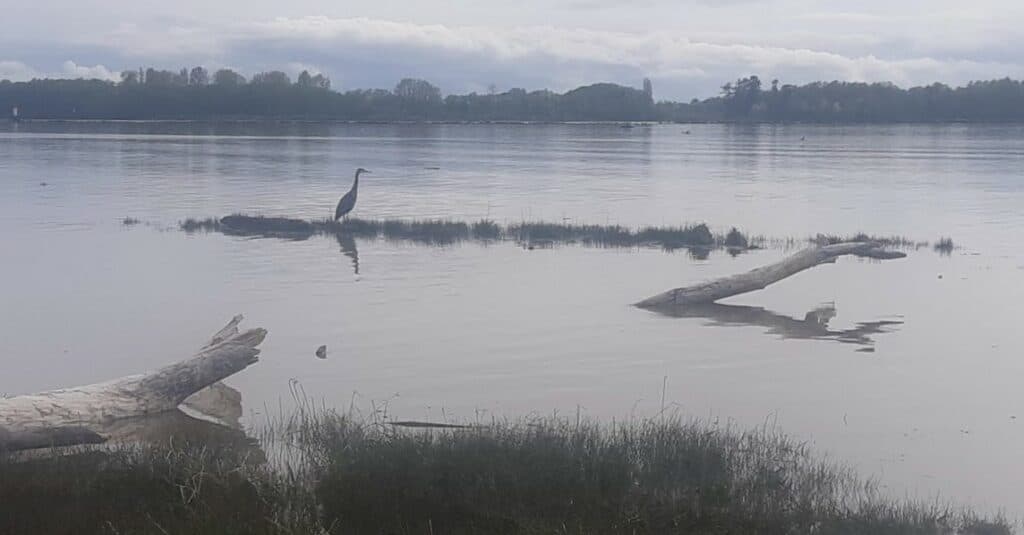 Despite gaps in Indigenous consultation and questions around inadequate engineering surveys, Trans Mountain has applied for a route change on the Fraser River crossing of their oil pipeline. Trans Mountain recently had a significant setback on their horizontal directional drilling (HDD). Problems with soil stability and equipment resulted in a spill into a fish bearing creek and sink holes on the Mary Hill Bypass in Coquitlam. Trans Mountain is proposing a route change in response. Media reports, several federal members of parliament and a coalition of environmental organisation have highlighted that Trans Mountain did not follow its own experts’ advice which recommended extensive test drilling, and identified concerns with horizontal directional drilling taking place in the soft riverine sediments in and around the Fraser River.

This area, the convergence of the Coquitlam River with the Fraser River, has been occupied and visited uninterruptedly by Coast Salish peoples including TWN since time immemorial and still holds immeasurable value to many Nations. TWN is particularly concerned with potential impacts to our Aboriginal rights, title and interests, including impacts to archaeology and fisheries along the new route. TWN has not had an opportunity to review potential risks or impacts from the proposed route because we were not consulted on the route change despite the work clearly falling within our consultation area. This is contrary to CER project conditions and Trans Mountains legal obligations to consult.

We are gravely concerned with the risk to the Fraser River if the drilling should fail again or if the new route introduces vulnerabilities in the integrity of the pipeline when operating. The Fraser River has globally significant value to waterfowl and wildlife. This immediate location is known to have year-round resident use by sturgeons, eulachon spawning has been documented here, and the area is visited by returning adult and out-migrating juvenile salmon. The HDD staging site is located within  Metro Vancouver’s Colony Farm Park, a haven for waterfowl and migrating birds. These fish and wildlife species are profoundly important to TWN and impacts to these valued species would infringe Tsleil-Waututh’s Aboriginal title, rights, and interests in Tsleil-Waututh Territory.

The previous HDD drilling works resulted in a drilling fluids spill into a fish bearing creek within 200 metres of the Fraser River. Any work taking place in and around the Fraser River must be completed with the utmost care and attention to detail including fulfilling the legal obligation to consult First Nations in whose territory the work occurs.

The risks from the Trans Mountain pipeline keep mounting. This project must be cancelled, if not for the breathtakingly overbudget construction costs, then for the mounting probability of spill. Pipelines are increasingly vulnerable to impacts from climate change, as the Trans Mountain shutdown from washouts this November illustrated, and now we face potentially problematic drilling conditions on the Fraser River crossing. This pipeline project is on its last legs.