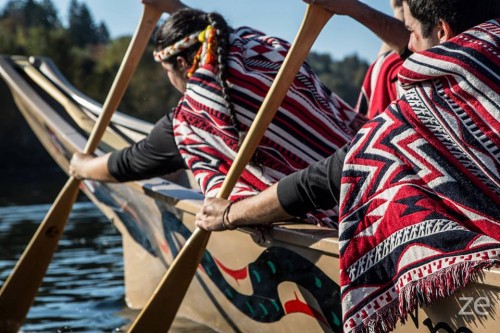 From the Globe and Mail, posted Thursday February 13, 2014. Written by Mark Hume.

More than 40 First Nations â€“ including four from Washington State â€“ have applied to participate in National Energy Board hearings into Kinder Morgan’s proposed twinning of the Trans Mountain pipeline.

The flood of applications, say First Nation representatives, is a signal of how dramatically Canada has changed since the pipeline was first built across British Columbia 61 years ago.

“The wishes and wants and participation of the bands wasn’t even a consideration then,” Ernie Crey, an adviser to the Sto:lo Tribal Council in the Fraser Valley, said Thursday. “We wouldn’t have been consulted. If the pipeline passed over or near a reserve, that was a matter between the company and government. But the climate has changed, the legal landscape has changed. It’s a new era.”

Carleen Thomas of the Tsleil-Waututh First Nation in North Vancouver agreed. “Back then there was opposition, but there was nothing we could really do about it,” she said. “Back then, Indian bands weren’t even allowed to hire lawyers.”

The Coast Salish peoples of British Columbia, theÂ Musqueam,Â SkwomeshandÂ Tsleil-Waututh, have also applied to speak at the National Energy Board hearings.

Francesca Hillery of the Tulalip nation said the national borders separating Canada and the U.S. are meaningless when it comes to protecting the land and the shared water.